Sambewe is a group of 344 farmers who were established as an Agriculture Marketing Cooperative Society (AMCOS) in 2007. They produce about 441 bags per year. The Mbozi District Council provided them with a Penagos machine in 2013, which enabled them to start pulping their coffees in order to produce better quality. In 2018, the government ruled that formally organised Farmer Groups (FG) would no longer be permitted, and instead they would become part of a larger AMCOS. Hence The Sambewe AMCOS was created by the Lungwa FG, Nansama FG, Sambewe FG and Mandelewo FG.  The coffee is fully washed with water from Sambewe Pond, fermented in tanks, graded based on density, soaked in tanks and dried on raised beds. The parchment is then hand-picked on the drying tables to remove defects. 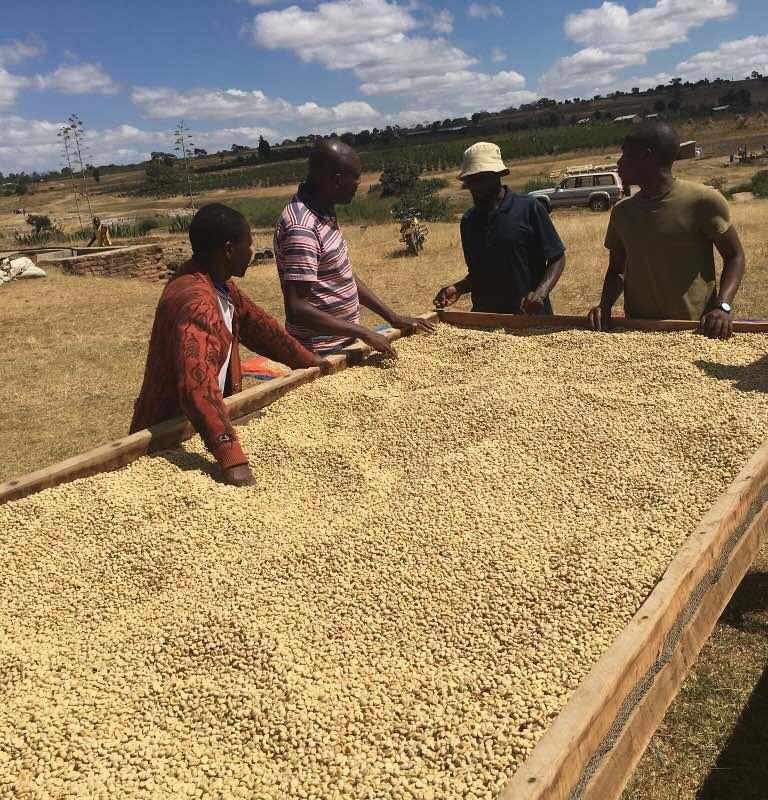